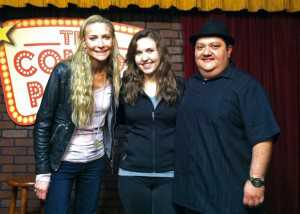 Taylor Tomlinson is a Comedy Heights regular.  We all love her sharp wit and hilarious style.  Now she’s making her debut to the rest of the world this week when Last Comic Standing returns to NBC.

Be sure to watch Taylor as she competes against other comics from all over the country.  She’ll need your help to make it to the next round, so be sure to cast your vote!

Last Comic Standing premieres this Wednesday at 9pm on NBC.