This Friday, 8PM at Bay Bridge Brewing! Ryan Hicks! Ryan Hicks has been featured on the TV show Laughs on Fox. He is a passed regular at the American Comedy Company, the Mad House Comedy Club, The Comedy Store (La Jolla), The Comedy Palace, Beachwood (Voted SD’s #1 non-club comedy show), Comedy Juice, has performed at many of the Improv comedy clubs, and was a finalist in the 2015 San Diego’s Funniest Person Contest. We’ll have him up alongside Diya Basrai, Marcus Evans, Geoff Pitt and host Al Gavi! 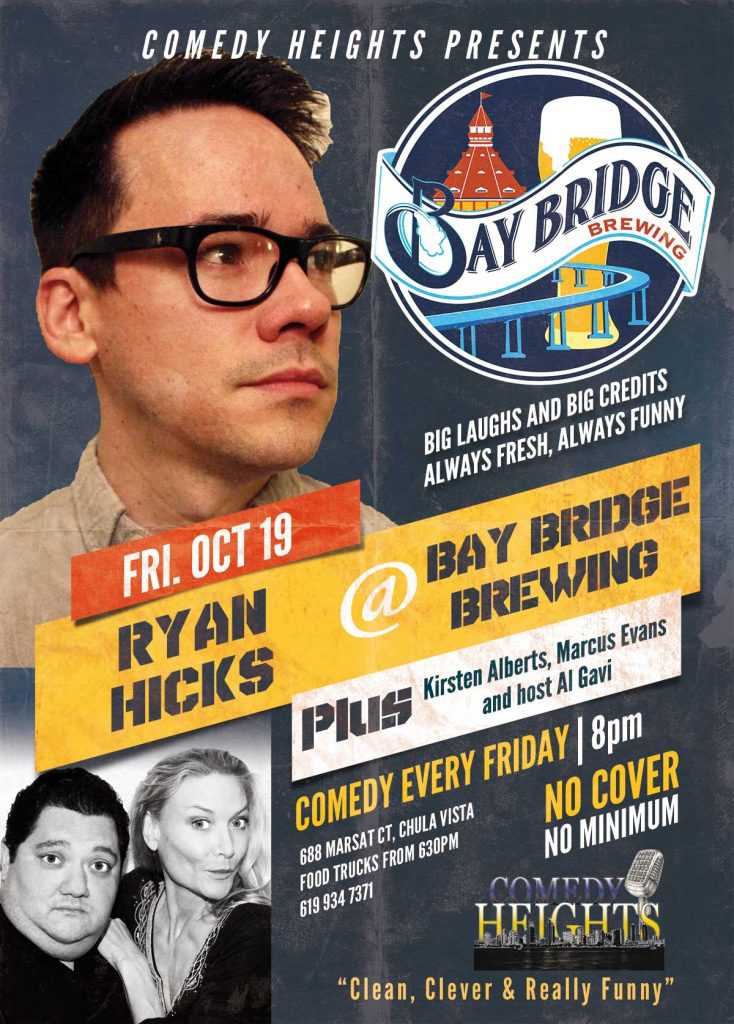