This Friday at Bay Bridge Brewing 8PM! Rick Izquieta brings uproarious family anecdotes and a hilariously twisted take on this wild year to the best little brewery in Chula Vista, Bay Bridge Brewing! He’s picking up a lot of traction in the comedy world and regularly performs in LA and other major cities, some and catch him before 2018! We’ll also have Max Rosenblum, Jaleesa Johnson, Maria Herman and Al Gavi! 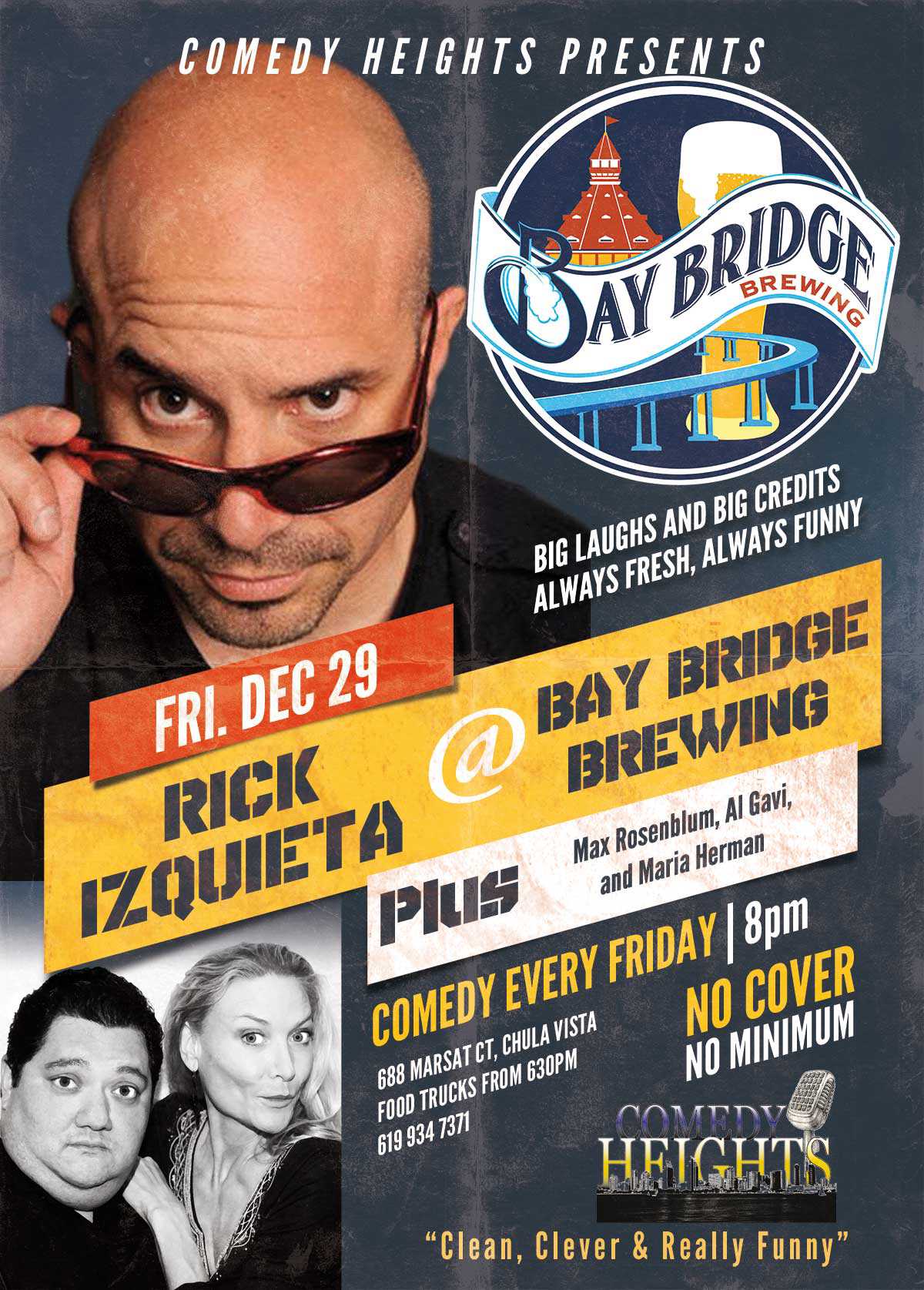