This Friday, 8PM at Bay Bridge Brewing! Bijan Mostafavi! With over 20 years of stand-up, having performed all over in clubs, cruise ships and theaters in the US and Canada and as an established screen & play write, Matt is able to capture audiences with his real-life experiences and showcase true comedic talent. As a comedian, Matt has performed from NY to LA with many places you’ve never heard of in between. As a writer, Matt was involved in Yakov Smirnoff’s “As Long as We Both Shall Laugh” and has jokes published in the internationally published Reader’s Digest. We’re thrilled to have him on our stage this Friday alongside David Rosenberg, Yasha Kafi, Grace Klien and Al Gavi! 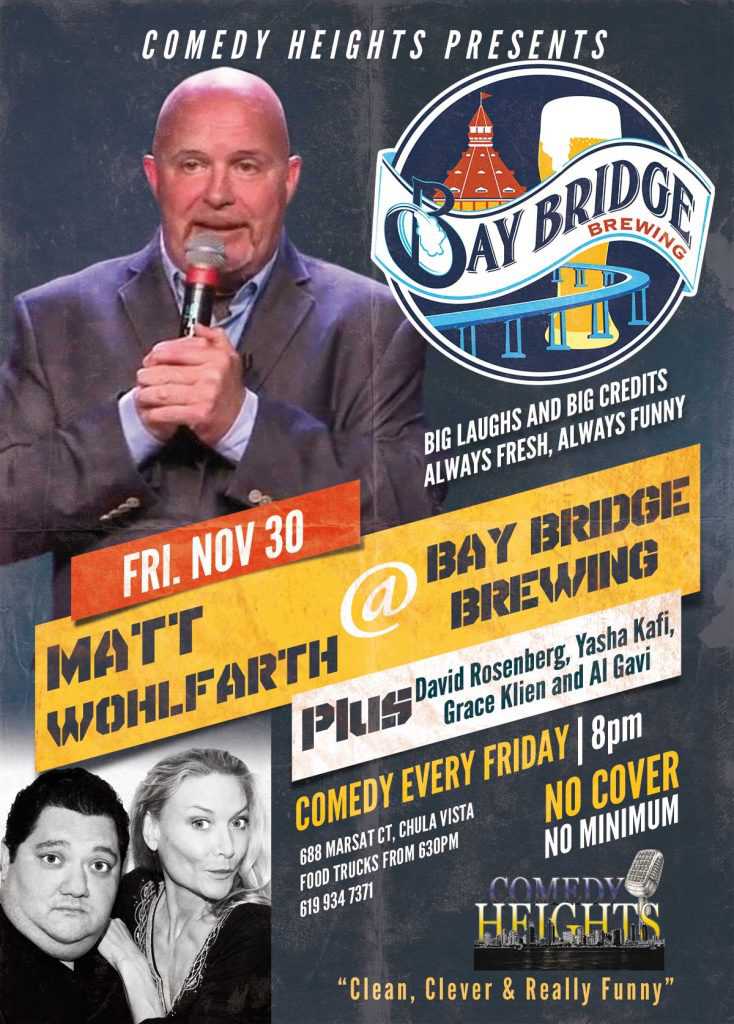