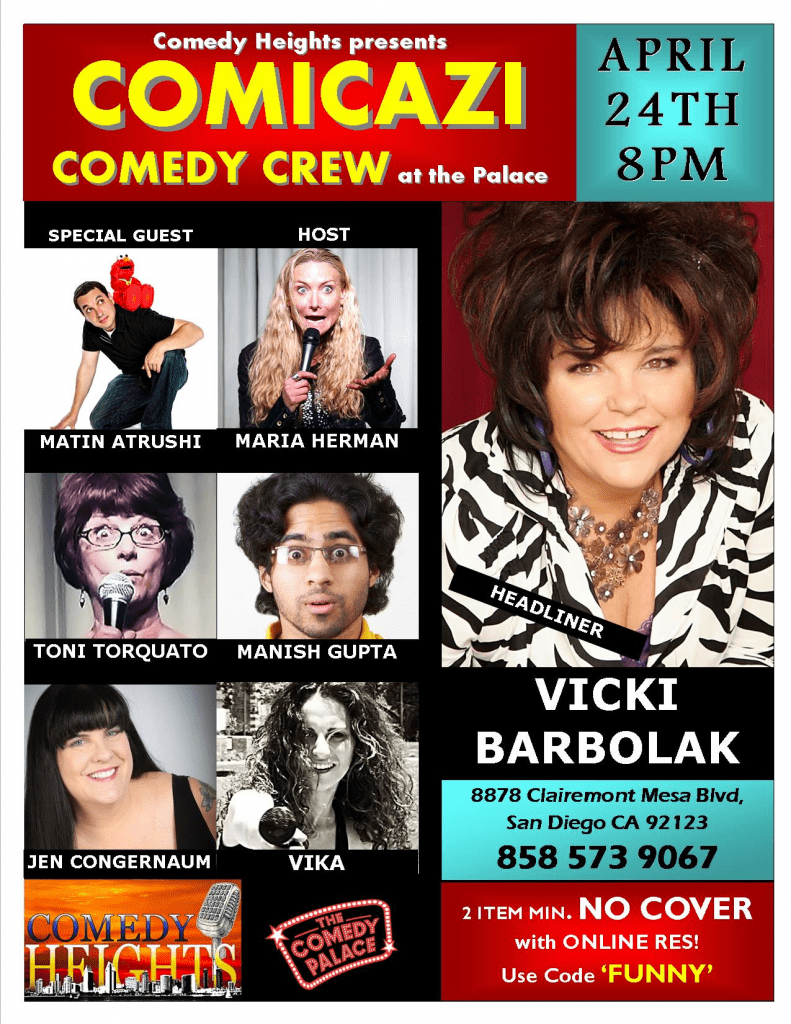 The co-producers of Comedy Heights, Al Gavi and Maria Herman, are thrilled to present the Comicazis at the Comedy Palace on Thursday, April 24 at 8pm.

You asked for more comedy, and we’re happy to oblige!

There is a 2 item minimum and no cover if you reserve seats online using code FUNNY.