This Friday, 8PM at Bay Bridge Brewing! Keith Carey! He’s survived and dominated numerous roast battles, and is one of the founding members of the Mean Boys comedy podcast. We’re thrilled to have him bring the heat this Friday with one of his fellow podcasters, Tom Goss. We’ll them up alongside Chris Clobber, and Al Gavi! 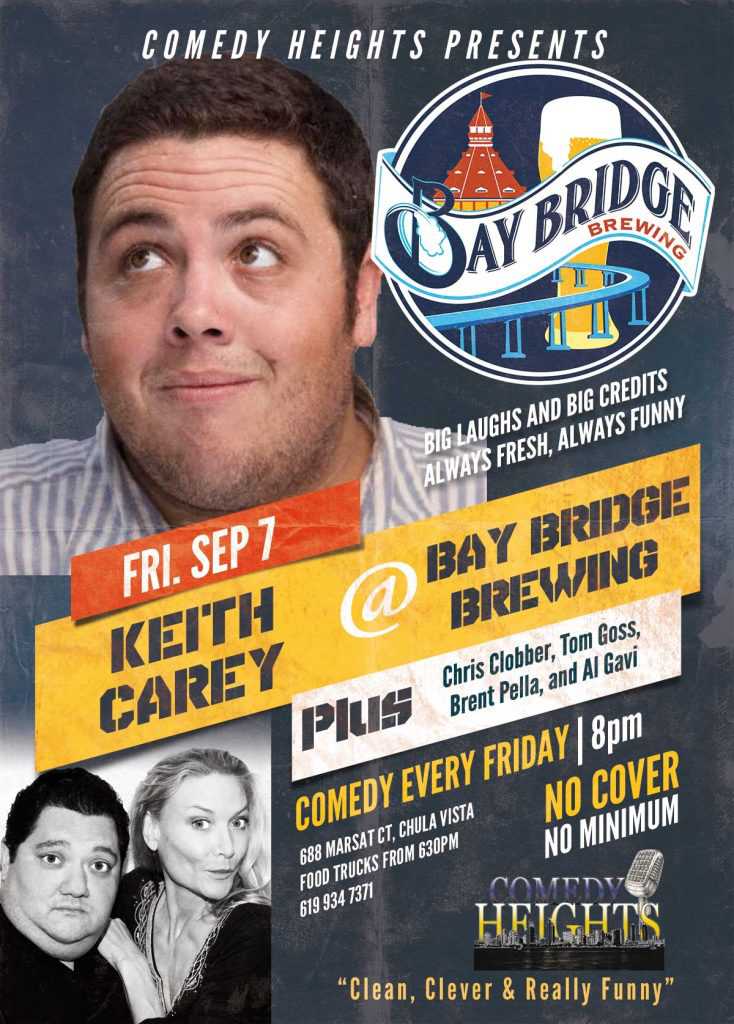