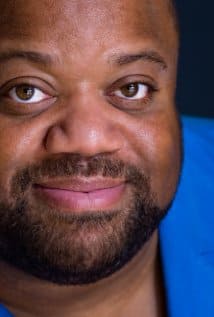 Yes, Mark Christopher Lawrence looks familiar, as he should.  TV.com calls him “one of Hollywood’s most prominent power players” for good reason.  Los Angeles native is also incredibly prolific, having starred in NBC’s Chuck as well as dozens of movies, television shows, and commercials  ranging from Terminator 2: Judgment Day to Glee to The Pursuit of Happyness.

MCL is a Gemini and he’s also a Trojan–this USC grad has a degree in Theater from the iconic LA institution.

Comedy Heights is thrilled that MCL is gracing our stage once again.  As you know, our intimate venue at The Green Room at Twiggs is a place where the audience can be up close and personal with the comics.  This is a great chance to experience the hilarity of a world-class performer for yourself!

See MCL in person at Comedy Heights this Saturday at 8pm.  Doors open at 7:30pm.