This Friday, 8PM at Bay Bridge Brewing! Al Gavi! is the spicy Colombian with eyes only slightly bigger than his persona!  He’s a native of San Diego California and had aspirations of entertaining audiences since early childhood.  He started on the radio with KDVS in Sacramento and transitioned to the San Diego airwaves with “The Week You Missed” comedy news program on KRLY.  In his 7 years of doing stand up, he was featured on Rooftop Comedy and worked with comics like Mark Christopher Lawrence, Auggie Smith, and Joey Diaz! We’re happy to have him on our stage this Friday alongside Cat Alvarado, Mike Wirtz and Maria Herman! 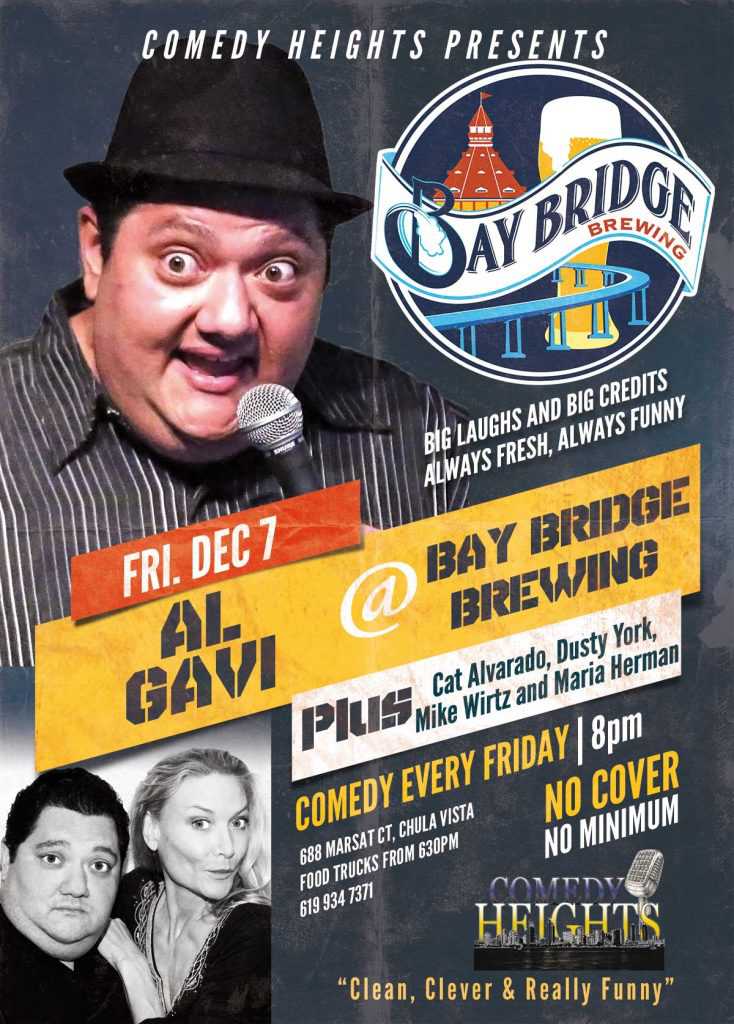