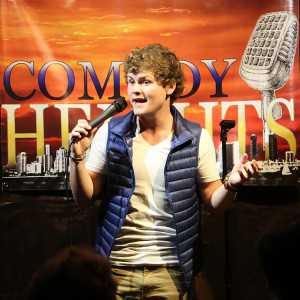 Have you seen Drew Lynch on America’s Got Talent?  He was the first recipient of the Golden Buzzer–Howie Mandel was so impressed by his performance that he sent Drew from the audition rounds to the Las Vegas rounds.

On July 22, Last Comic Standing premieres on NBC, and Twiggs favorite Taylor Tomlinson will be there to make us proud!

Be sure to tune in and support Drew and Taylor–that means VOTING!