That’s right–the “Zooman” Chris Clobber is coming to Reds tonight, and he’s sure to bring tons of laughs.  After all, you never know what he’s going to do.  This veteran comic has appeared on every network and is a regular in Las Vegas and on cruise ships.  He’s all over the place, but he’s at Reds tonight! 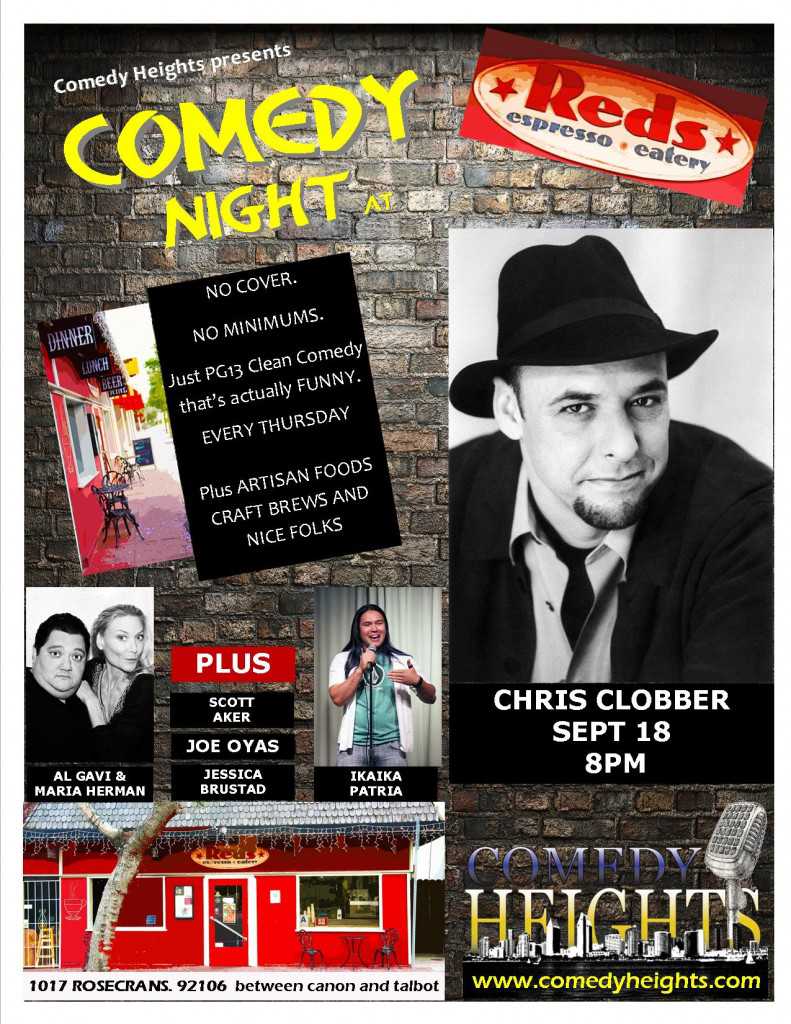 As always, the show starts at 8pm but you’ll want to arrive early to partake in Reds’ craft beers and tempting treats!