Blame Canada for These Laughs! 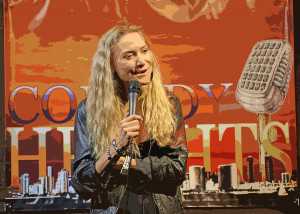 Join us for some maple-leafed comedy from Aaron Hughes this Saturday at Twiggs. Aaron is a Comedy Heights favorite, and he’s joined by a huge lineup of talent, including the always hilarious Chet Sewell, Mike Castleberry, Maria Herman and Al Gavi.

We want you to join us Saturday at 8pm.  And as always, feel free to bring your own food and drinks!