What are YOU Doing Next Saturday Night? COMEDY HEIGHTS! 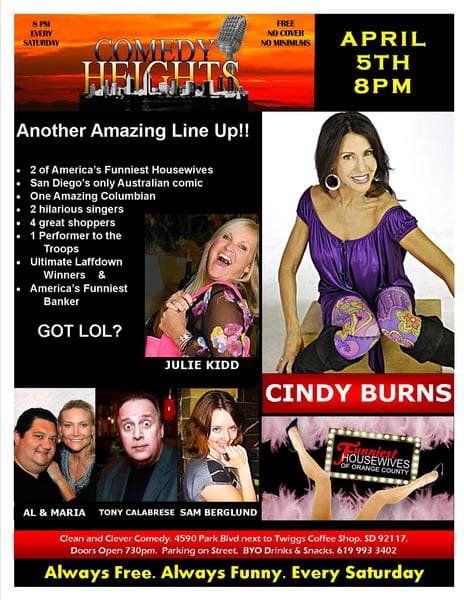 Join us at Comedy Heights this weekend to celebrate the return of co-producer Maria Herman, back from her trip to India.  Comedy Heights is San Diego’s best kept secret and is the NUMBER ONE venue for fresh, free, clean comedy!

Make sure you arrive early and grab seats…this past weekend the crowd was spilling out onto the sidewalk!  A seat at Comedy Heights is now as rare as a parking place in University Heights!  And that’s no joke!