This Friday at Bay Bridge Brewing 8PM! The remarkable SoCal favorite, Daniel Eachus takes the Comedy Heights stage at the best little brewery in Little Italy! Eachus became the youngest finalist ever in the “Funniest Comic in Los Angeles“ contest held at the Jon Lovitz Comedy Club, and is a rising star in the comedy scene down here. Of course, we’re bringing up a world star lineup with Jake Adams, Melissa Greenberg, Steven English, and Adam Connie! 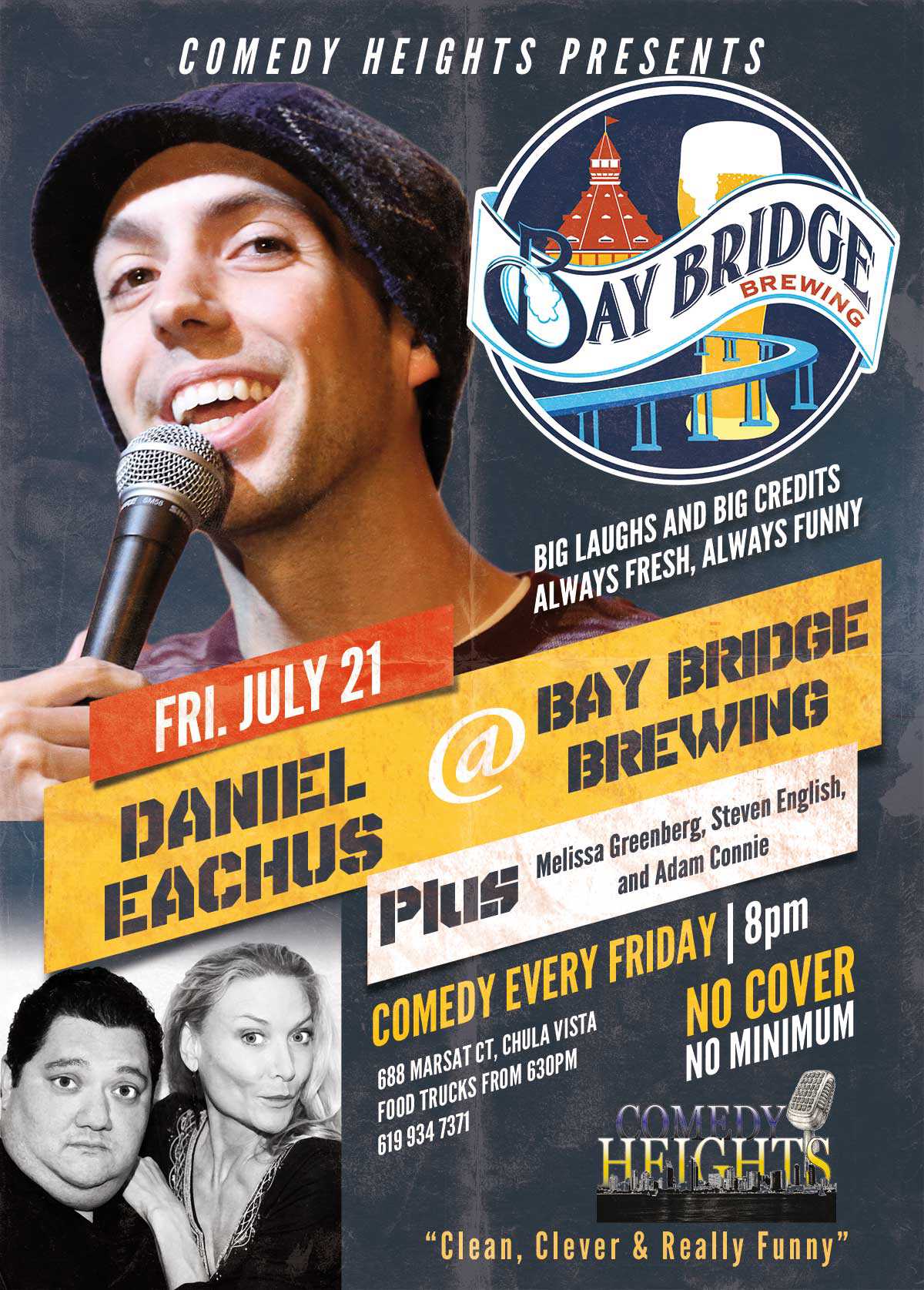