This Saturday at Twiggs Coffeehouse 8PM! Comedy Heights brings you Deric Poston! He’s a clever and uproarious SoCal comedian who’s opened for numerous well-known comics and is a favorite in clubs up and down the coast.Ehsan Ahmad, Ada Saldivar, Wally Wang, Andrew Norelli, Al Gavi and guest MC JJ Barrows will fill out our amazing Comedy Heights lineup. Be there! 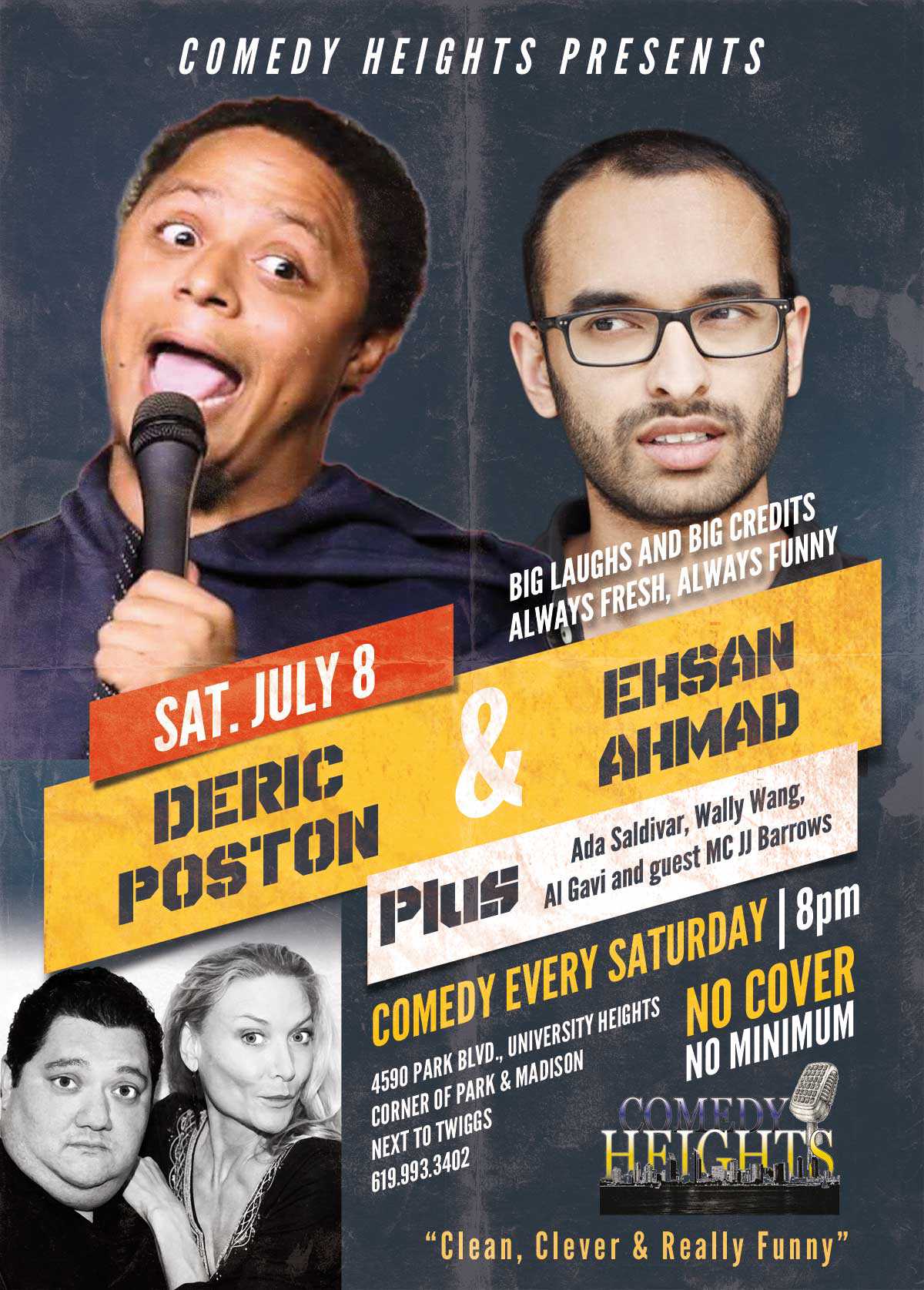