This Saturday at Twiggs Coffeehouse 8PM! Comedy Heights brings you David Rosenberg! Well known in LA comedy circles as an unpredictable, improv-style comic, David excels as crowd work and clever off-the-cuff jokes that delight audiences. We could not be happier to have a hilarious fresh comic grace stage, and we’re bringing in Andrew Tarr, JJ Barrows, Grace Stein, Al Gavi and Maria Herman to make for an amazing Comedy Heights show. Be there! 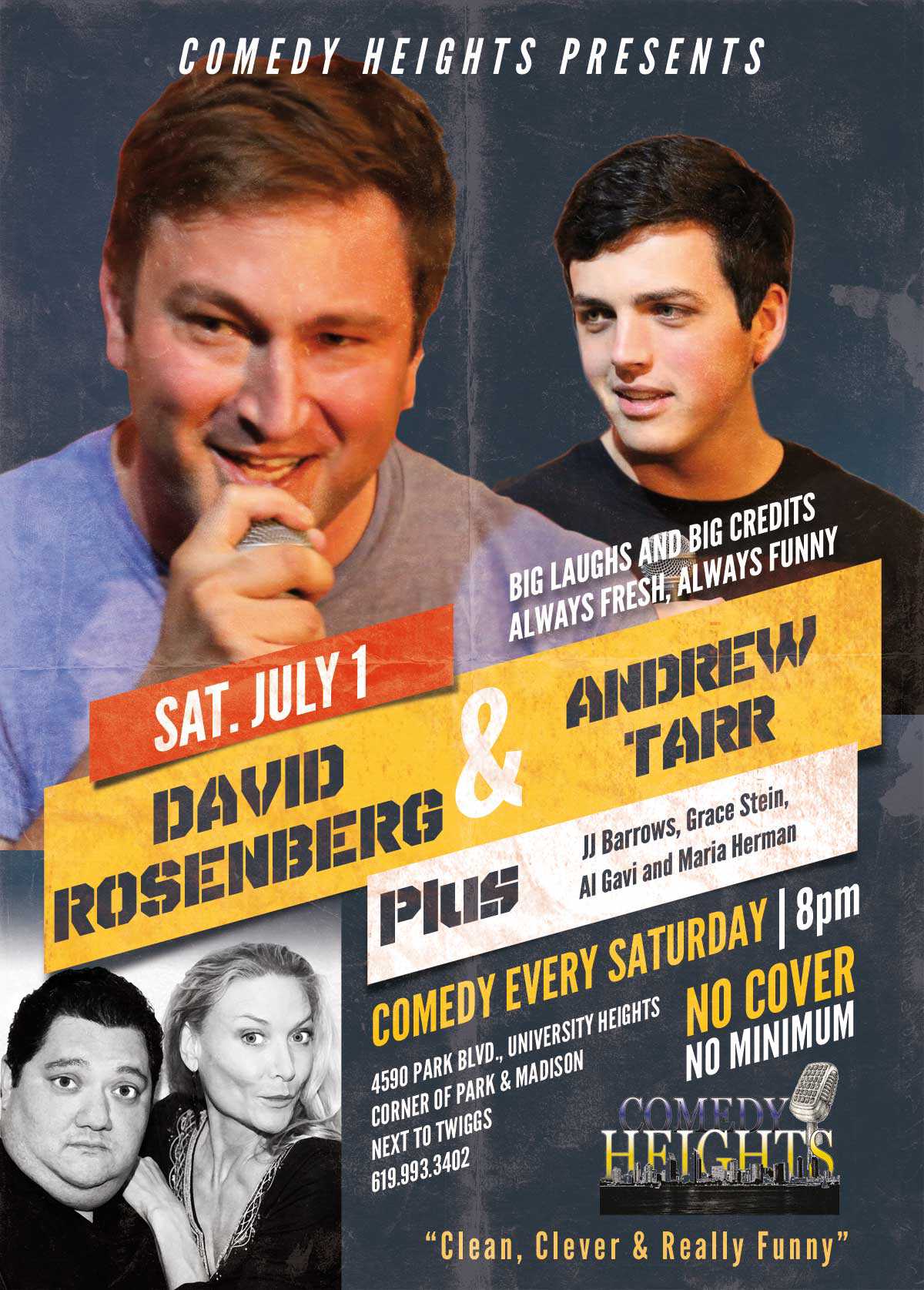