This Friday at Bay Bridge Brewing 8PM! Comedy Heights presents Daniel Eachus!  Eachus was the youngest finalist in the “Funniest Comic in Los Angeles” contest held at the Jon Lovitz Comedy Club, writes sketches for a number of shows, and is an absolutely hilarious act. Alongside Eachus, we’ve got Dan Bublitz, Adahani Saldivar, Brandon Young, Al Gavi and Maria Herman! 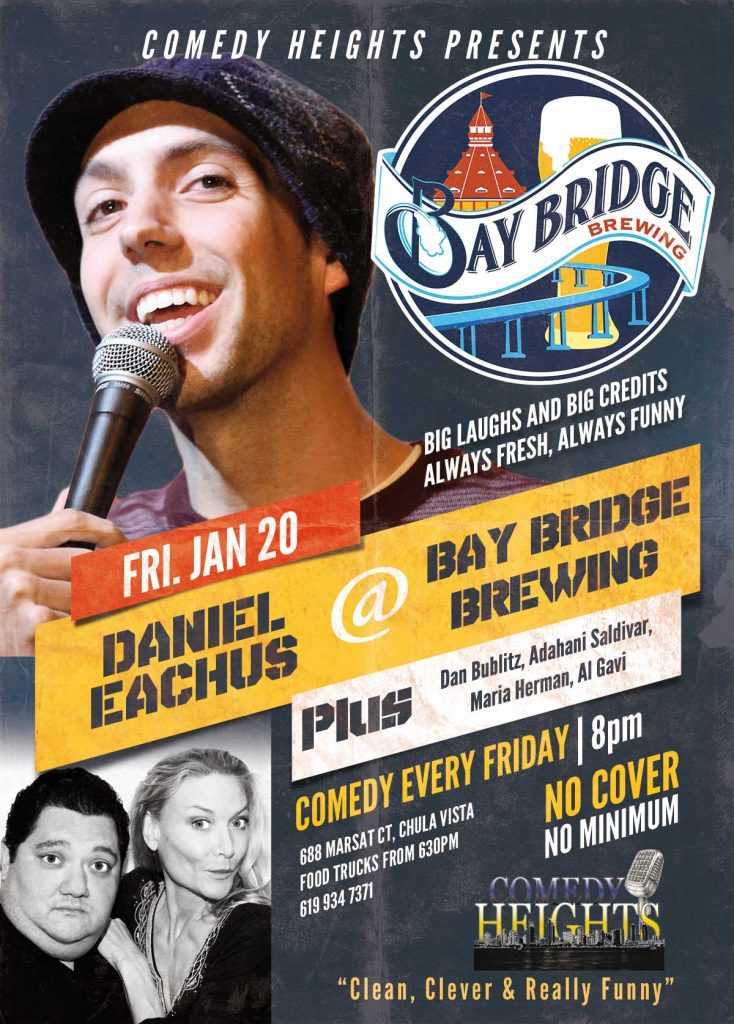