Comedy Heights Saturday Night show next to Twiggs welcomes back Rocky Osborne from Aces Comedy Club Fame and now Murietta’s hot new show 3rd Street Live. Plus you’ll get the incredibly funny Alan Henderson who’s new Comedy Podcast for the Comedy Palace is taking off! As always, Comedy Heights gives you the best value for money in all of San Diego – well it’s free, and you can’t get better than that. Plus Comedy Heights was just voted 4th best Comedy Show in San Diego beating out EVERY comedy club in town and more than 20 other comedy shows. All great reasons to find us this coming Saturday at Comedy Heights at Twiggs. 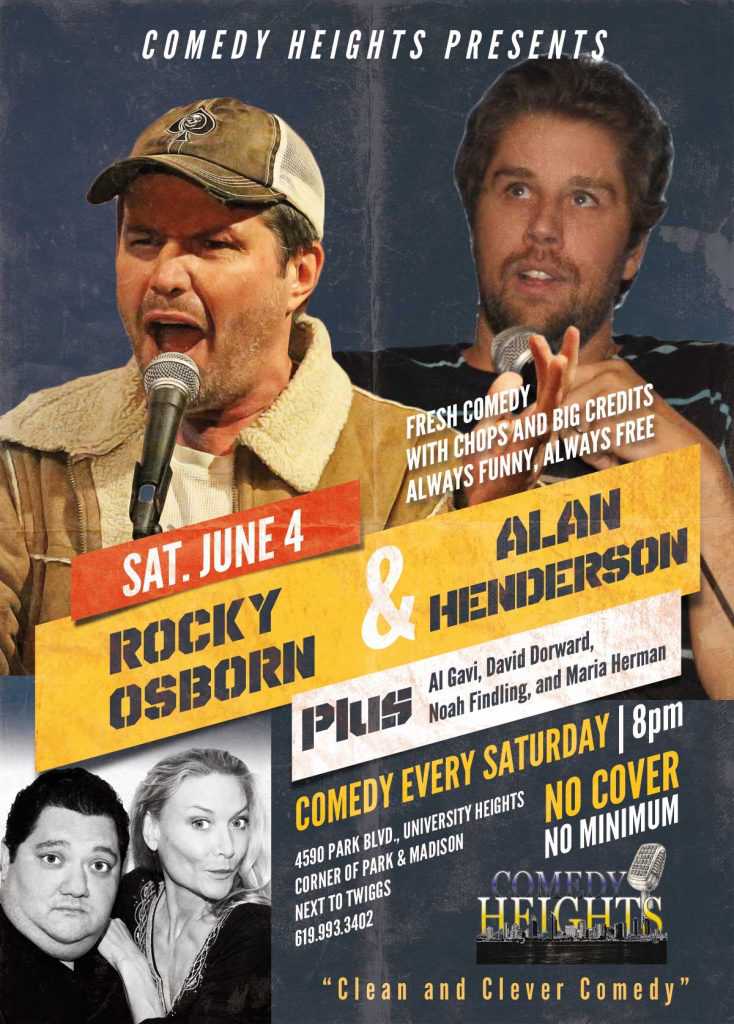