This Friday, 8PM at Bay Bridge Brewing! Aidan Park! Aidan performs comedy at some of the most respected comedy clubs in Hollywood including Comedy Store, Hollywood Improv and has a monthly show “Rainbow Pop” at the Hollywood Laugh Factory as well as Laugh Factory Long Beach. Aidan also tours all over the country headlining for comedy clubs, fundraisers, parades. We’ll have him up alongside Andrew Tarr, Paul Spock, Erell and Al Gavi this Friday! 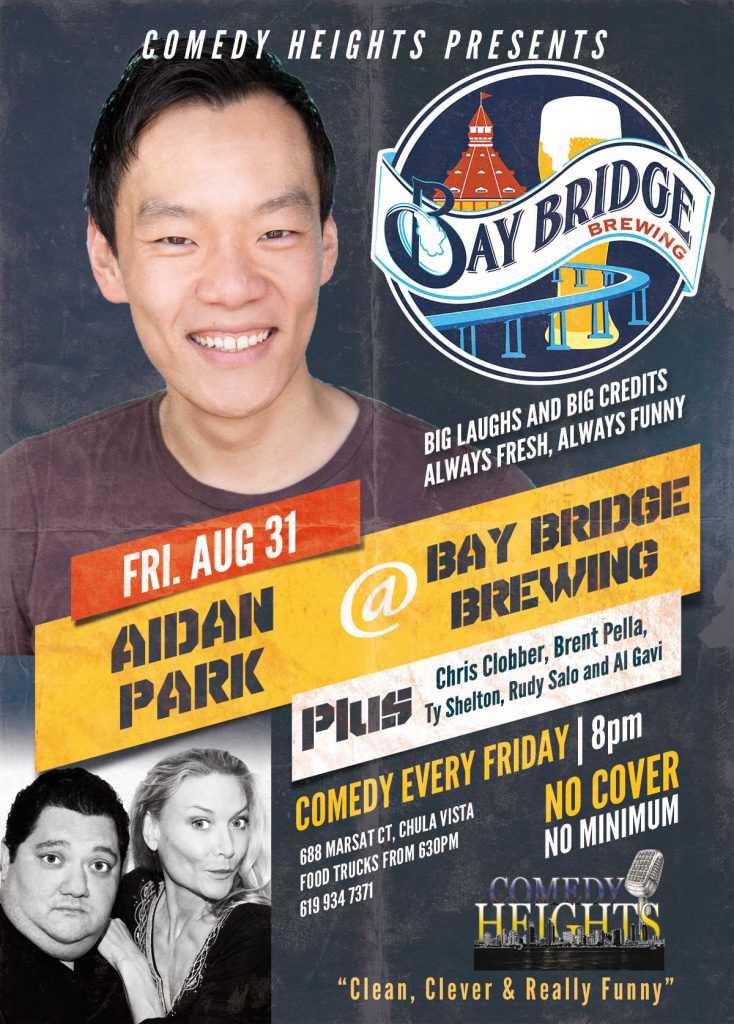