This THURSDAY at Valentin’s Bar & Grill 7PM! The very funny Danny Villalpando comes to Jamul! He’s headlined comedy clubs across the United States, and has also performed on television seventeen times. He’s been seen on NBC’s “Friday Night” as well as “The Latino Laugh Festival” and Comedy Central.We’re very excited to bring him and the rest of our lineup out this week, with Andrew Tarr, Abby November, Tony Calabrese and Maria Herman! Reserve your table now by calling (619)-669-1979 . 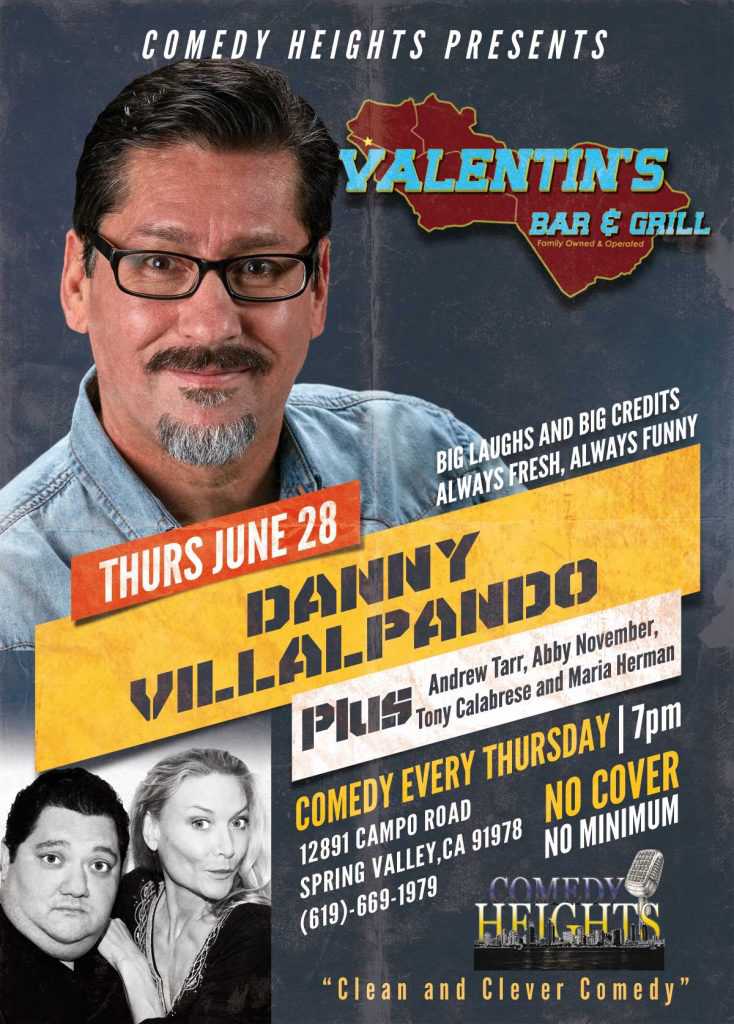