This Friday at Bay Bridge Brewing 8PM, Comedy Heights proudly presents Dewey Bratcher! A born entertainer, Dewey Bratcher has an ease of delivery and comfort on the stage that draws audiences in with his wry and clever musings on life. After a childhood of performing in theatrical productions, he was somehow whisked off into a successful career in the Navy for many years before triumphantly returning to the stage in 2011. Since then he’s performed at the Comedy Store in Hollywood and The American Comedy Co; won Ocean Beach’s funniest person contest; and featured for comics such as Alonzo Bodden and Freddy Lockhart. Emmet Short, Daunte Cordova, Frankie Ma, Maria Herman, and Al Gavi will grace our stage as well on Friday, so come and enjoy! 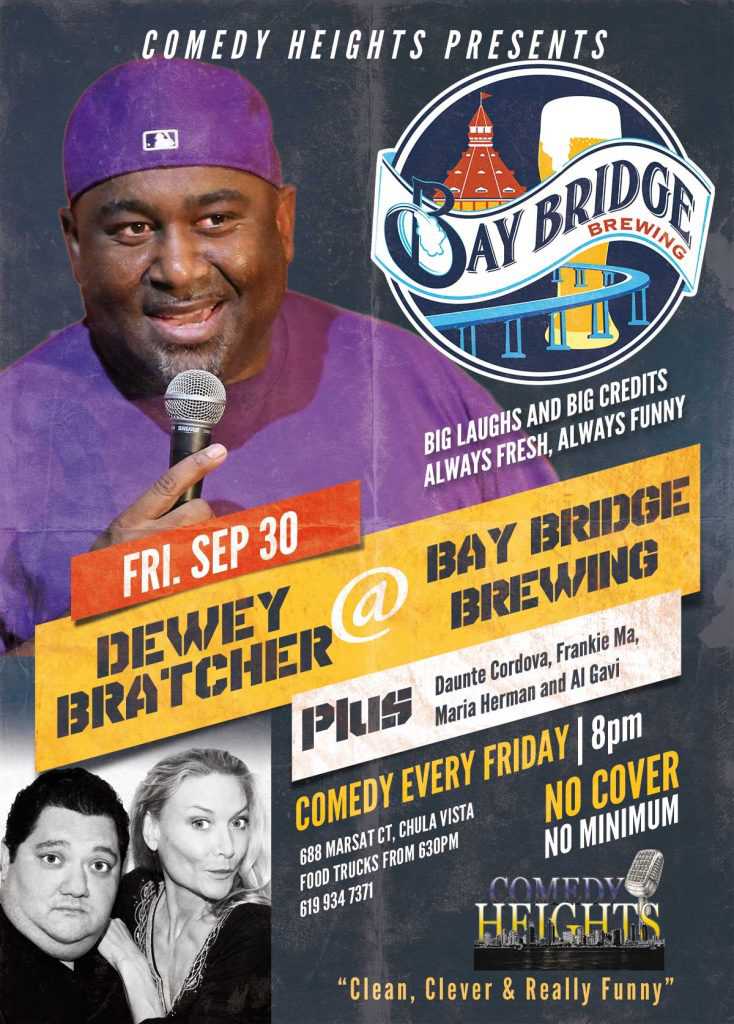